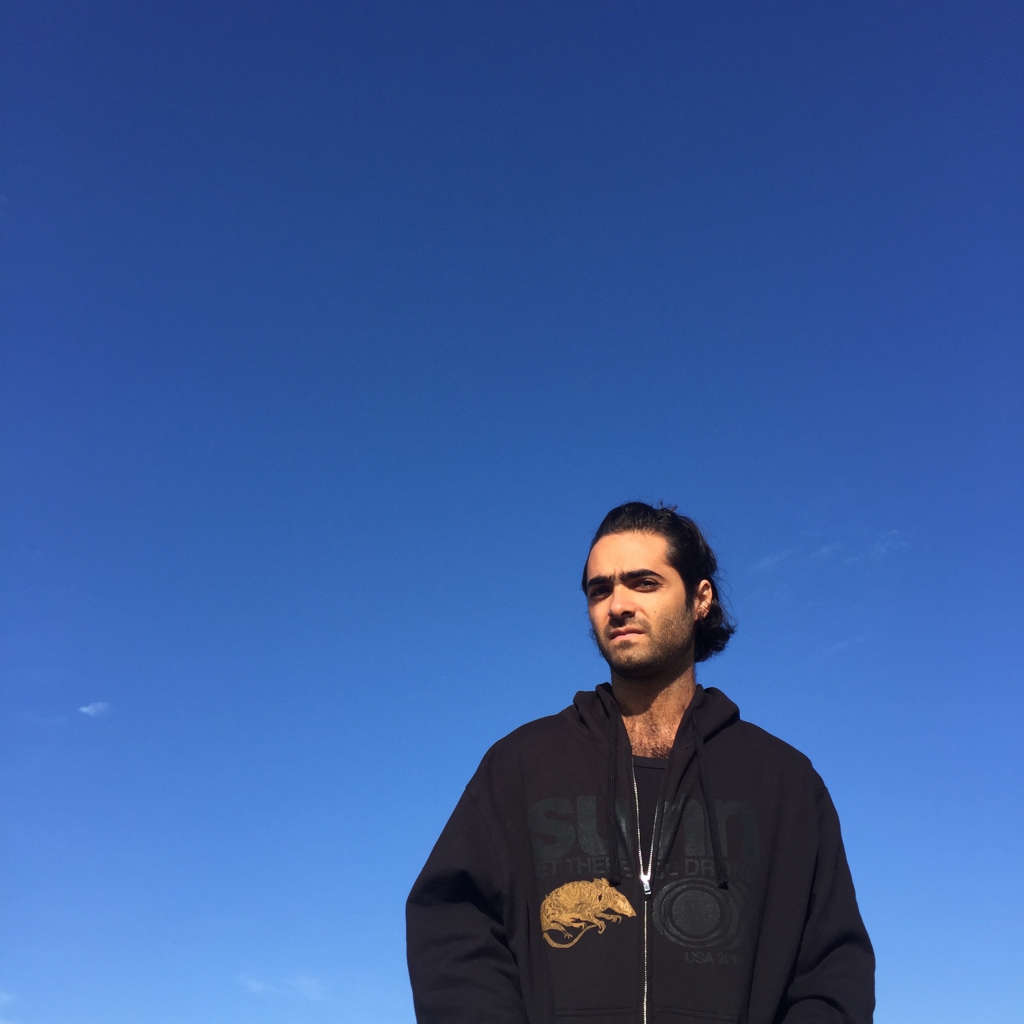 Samer Ghadry is a drummer, recording artist, and sound healer based out of New York. He grew up singing everyday in school, and by age 14 started his first band called Corduroy with fellow classmates Reed Fleetwood (guitar) and Arthur Peterson (drums).

He grew up singing everyday in school, and by age 14 started his first band called Corduroy with fellow classmates Reed Fleetwood (guitar) and Arthur Peterson (drums). He then befriended Juan Pieczanski (Small Black) around the age of 16 and the two crafted their first full length record 'El Duce' under the band name Dr. Mojo. They played together under various monikers until departing for college. At Brown University, Samer enrolled in Jazz drumming lessons, joined a jazz combo group, studied traditional Arabic music, Afro Latin Jazz, Africana studies, Ghanaian drumming, African Dance (Mali), and met a young Dave Harrington, promptly forming a trio with guitarist Lawson Feltman during Samer's senior year. Following graduation with a degree in sociology, Samer moved to Brooklyn, NY, to join Juan Pieczanski and the band Champollion, which played at the NY Fringe festival in 2008. Samer worked with several bands in NYC including Psychobuildings, Translations, Thunder and Lightning, Previously on Lost, Matthew Dear Live, and Dave Harrington's Merry Pranksters, an improvisation group for late night parties at Nublu. With Matthew Dear, Samer toured as a percussionist, vocalist and guitarist, opening 5 dates for Depeche Mode in Europe for their Delta Machine Tour in 2014. He's toured Europe twice with Dave Harrington group following the releases of both their albums. Having become a father in 2010, Samer welcome a second child in 2016. In January 2018, he decided it was time enroll in a weekend-long Sound Healing Level One course with Katie Down and Jessica Caplan at Maha Rose in Greenpoint, BK. A few months later he enrolled at Sage Academy and completed their retreat style 100-hr Certification Course for sound healing. While driving to Ananda Ashram for the 2018 Gong Camp with Don Conreaux, Samer conceived of ToneCenter, and decided to convert the gallery space that he and his wife had been leasing at 339 Bedford Ave in the south part of Williamsburg into a sound healing center. It was at Don's 4-day gong course that he purchased his first gong, a 30" Paiste Tai Loi. Classes filled up at ToneCenter, accommodating 10 people per session at the street- level storefront spot. By the time late spring came around, it was time to re-enroll in classes and return to school, so ToneCenter was rented out and Samer began assisting with Lea Garnier for the 2019 Sage Academy Certification Course. He also attended the first ever Gong Summit hosted by Mitch Nur in Chester CN, July 1-5, meeting and learning with some of the world's foremost gong practitioners including Michael Bettine, Jens Zygar, Sheila Whittaker, and Dr. Mitch Nur himself. It was a pivotal experience for all attending, including Samer. He was invited and accepted a volunteer position on the Gong Summit Sounding Board to help guide the next year's event. He is currently signed up for two trainings next year with Dr Mitch Nur. Samer completed the Sage Academy Course as an assistant in 2019, and also assisted Don Conreaux at the 2019 Gong Camp at Ananda Ashram, where he also sold 5 gongs and some mallets. Deciding not to reopen ToneCenter due to overhead costs and other reasons, Samer branched out and began working at El Sotano Art Space, The FriendShip, Good Move Dance Studio, Chan Space, and All Saints Church. He also began a relationship with John and Thea Beaulieu thanks through Sage Academy and currently assists at various workshops and trainings for their Biosonics Tuning Fork offerings. He's offered around 100 sound baths since October 2018 and is picking up steam. Samer is planning to teach gong and sound healing techniques to new students in the weeks and months to come. In the summer of 2019, Samer began working with musician Angel Deradoorian, crafting drum parts and collaborating in the creation of her latest unreleased album, due out May 2020. He travelled to Stinson Beach, CA to record with her, enlisting friend and multi-instrumentalist Dave Harrington to round out the session, which took place Sept 6-16th. Tour dates yet to be decided. Also in the summer of 2019, Samer took up apprenticeship with Rebecca Singer, attending her Energetic Healing courses in upstate NY once a month for 6 months. Samer is also Reiki Level 1 attuned, and practices energy healing with friends and family on an informal basis while he is still studying.