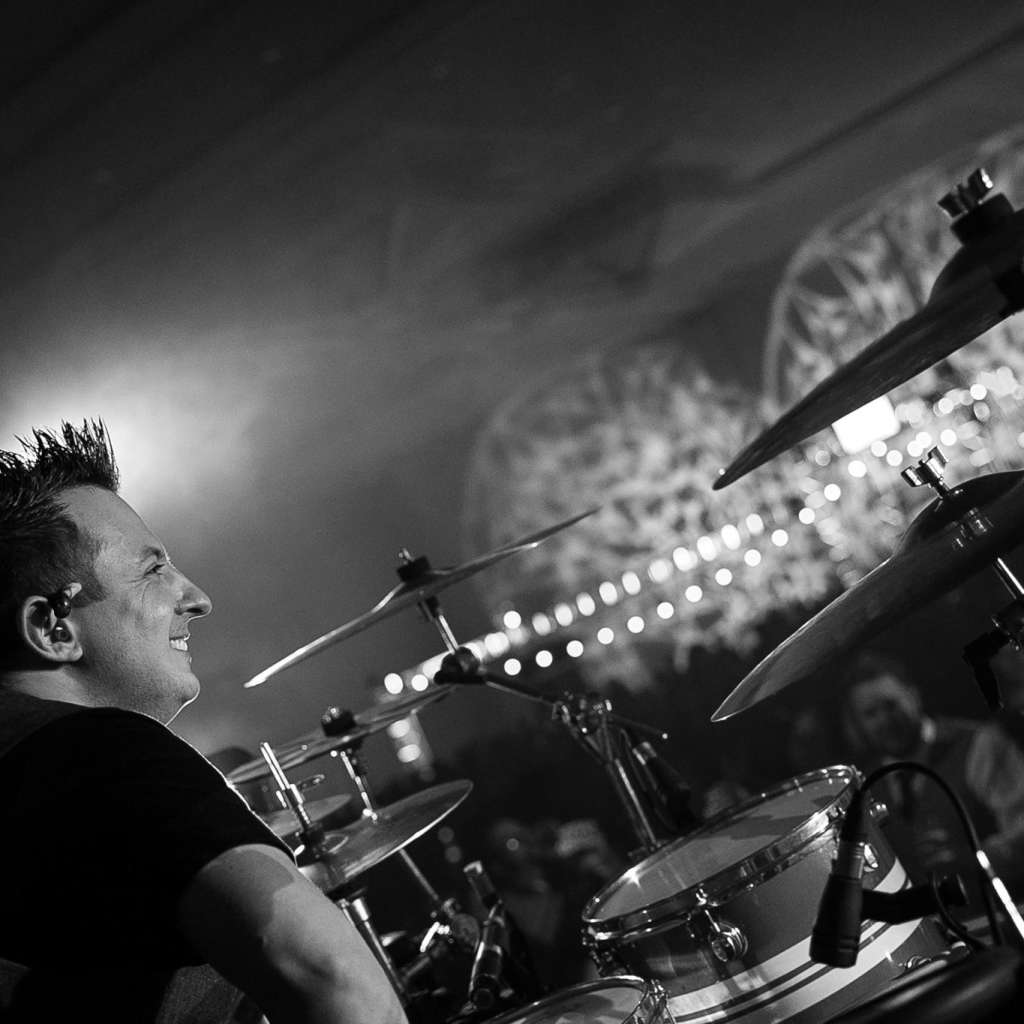 Mikey Intelisano was born and raised in Reading, Pennsylvania beginning his adventure in drumming around the age of 6.

He started the school band program in 4th grade, participating in concert and marching band. Once his high school years started, Mikey found himself studying privately for the first time, being trained to further his skill. These years introduced Mikey to his high school’s competing jazz ensemble, where he was featured all 4 years, being recognized with multiple rhythm section and rhythm section soloist awards. During his senior year, Mikey was featured at the Pennsylvania State Jazz convention alongside his bandmates. Upon graduating in 2001, Mikey enrolled at Lebanon Valley College to major in Music Business and Percussion. During his college career, he continuously held the 1st chair drum spot in both the big band and small jazz ensembles. Besides these, Mikey was a member of the LVC percussion ensemble, advancing his knowledge to concert and keyboard percussion. Throughout these years, Mikey found himself also out in the real world, gigging pretty much every weekend while still maintaining his academic/ensemble schedule. In the spring of 2005, Mikey graduated from LVC with a B.S. in Music Business and Percussion. That same spring, he alongside some close friends, started “Go Go Gadjet” - a cover band focusing on creating a ‘show’ and separating themselves from other bands. Go Go quickly started gaining recognition throughout the club scene in Pennsylvania, New Jersey, Delaware, and Maryland. Since these beginning days, Go Go Gadjet has grown into one of the highest grossing and drawing bands on the east coast. Through hard work and dedication, Mikey and the band have been able to expand their market to the mid-west and western side of the country, performing in the corporate and wedding world. Go Go Gadjet was invited to perform as part of the Abu Dhabi Grand Prix, a Formula One motor race held in Abu Dhabi, UAE. Recently, Mikey and the band have found success releasing original music. In the spring of 2018, Mikey and some current band mates started a side project called “Magical Mystery Doors”. MMD is a tribute reimagining the music of The Beatles, Led Zeppelin, and The Doors. This show will debut publicly in April 2019. Currently residing outside of Allentown, Pennsylvania, Mikey also has a small roster of students he teaches at his home. Mikey is excited to see where his musical future takes him next.