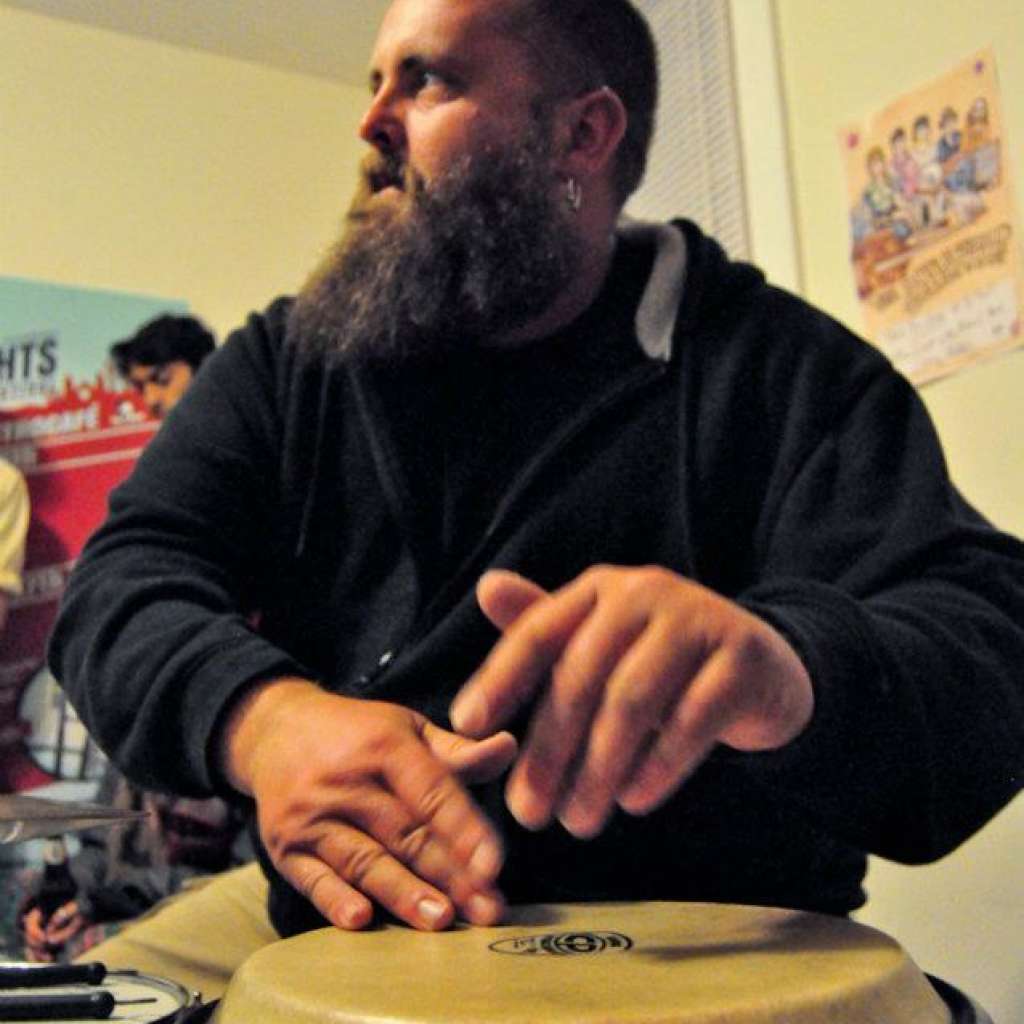 Adam Nurre began his musical training at a young age, at first learning piano and harmony singing from his mother, and later enrolling in his school music program
in fifth grade.

He began playing professionally as a teenager, and has been heavily involved in performance and music education ever since. A native of Cincinnati, Ohio,
Adam relocated to Austin, Texas, in summer of 2012.

Adam is a 2011 graduate of Northern Kentucky University, where he received his BM in Music Education with a minor in percussion performance. While at NKU, he was named winner of the first annual NKU Symphonic Winds Solo Competition in spring 2010, and was a two-time recipient of the NKU Corbett Scholarship for the Arts in 2010 and 2011. In addition, Adam was invited to perform as a marimba soloist with the NKU Symphonic Winds at the OMEA convention in January 2011, and with the Cincinnati Symphony Orchestra as part of their educational ‘Young Peoples Concerts’ series for the 2010-2011 season.

Adam keeps a busy performance schedule, touring 100+ dates a year and gigging locally in Austin several nights a week. He is currently the full-time drummer for David Ramirez and Rod Melancon, serves as touring bassist for Jeremy Pinnell, and continues to work steadily as a freelance percussionist and studio musician in central Texas. Recently, Adam has appeared on recordings with David Ramirez, Carson McHone, Jeremy Pinnell, Jackie Myers, and Garner Sloan.

As an educator, Adam's experience ranges from private lessons and small groups to percussion classes and conducting concert bands. He was director of percussion at Conner HS (KY) 1999-2003 and Colerain HS (OH) 2002-2012, and served as a percussion instructor at Rouse HS/Wiley MS (TX) from 2012-2014. He currently maintains a private lesson studio at BandAid School of Music in south Austin, and teaches elementary/middle school music enrichment classes with the AllRhythms program.

When he is not playing or teaching, Adam has found additional success as a composer and arranger. He has written marching band and percussion arrangements for multiple schools in Ohio, Kentucky, and Texas, and has been commissioned to write several solo/chamber percussion pieces for college recitals. Recently, Adam has taken interest in film and game scoring, and is currently working on expanding his compositional portfolio.

Adam is a member of TMEA and PAS, and a proud endorser of DREAM Cymbals, Mapex Drums, and Humes & Berg Cases.